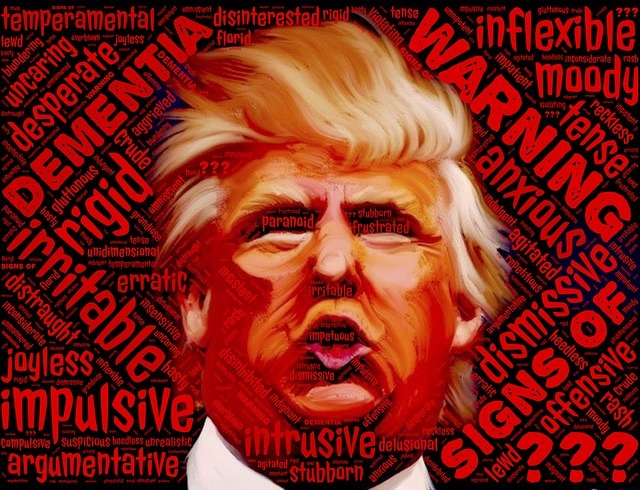 Image by John Hain from

Image by John Hain from Pixabay

A certain American politician, whom I’ll call Donnie Boy [I do not write his full name] has told us he and his wife have tested positive for the Coronavirus and will be quarantined at the White House. This came after the announcement that Hope Hicks, a regular presence in his entourage, tested positive.

Did any of this come as a surprise to me?

Nope — and here are 4 quick reasons why I think all this is a lie.

1. He's behind in the polls

Way behind in some states that he needs for a win. He won’t admit it — but for those who are not his loyal acolytes — well — we can read. He hates losing and calls people he dislikes “losers.” He’s even called veterans that word — and worse. Maybe a positive test will create a major bump in the polls is certainly a possibility. Poor Donnie has “the virus.” And in an election year, with someone who is about winning at all costs— well — you can call me cynical — I've been called worse.

2. He had a disastrous first debate

He [Donnie Boy] of course ranted afterward on all his favorite sites that he “won” but Donnie Boy could never admit to losing anything because — he’s “perfect.” [In fact, everything he does or says is perfect — it's one of his favorite words about himself.] Quarantine time would allow him an exit from future losing debates. Poor Donnie has “the virus.”

3. He can not bring himself to denounce “white supremacy” on major TV news

At the disastrous debate, he told the Proud Boys to “stand back and stand by.” A few days later — after he got bad press about this statement — he went on faux news and said he condemns right-wing hate groups. But these groups already got what they wanted — a national call out — and they see the wink behind the faux news message. Getting a positive test takes the news away from his support of the right-wing hate groups. Poor Donnie has “the virus.”

4. The news about his past taxes is front and center and he needs a diversion

He’s lied about his income for years and some of this was previously documented — but the recent news about his upcoming debts and low payment of taxes comes as the election is nearing — he is in a corner. He hates being there so he finds ways out. Is getting a positive test a way out? Yup! It not only keeps him away from the next scheduled debates, but he also gets sympathy — all diversions from the tax/losing/over 200,000 dead Americans issues. Poor Donnie has “the virus.”

Alas, Poor Donnie ….. we know him well [my apologies to Shakespeare]

And as I am getting ready to post this, I read he is leaving the "hospital" - which again leads me to question whether he was actually sick or just getting his lackeys to say he was. He also took a quick "parade drive" in his limo past the hospital yesterday to wave to his minions - putting others in the limo with him at risk of contracting the virus....